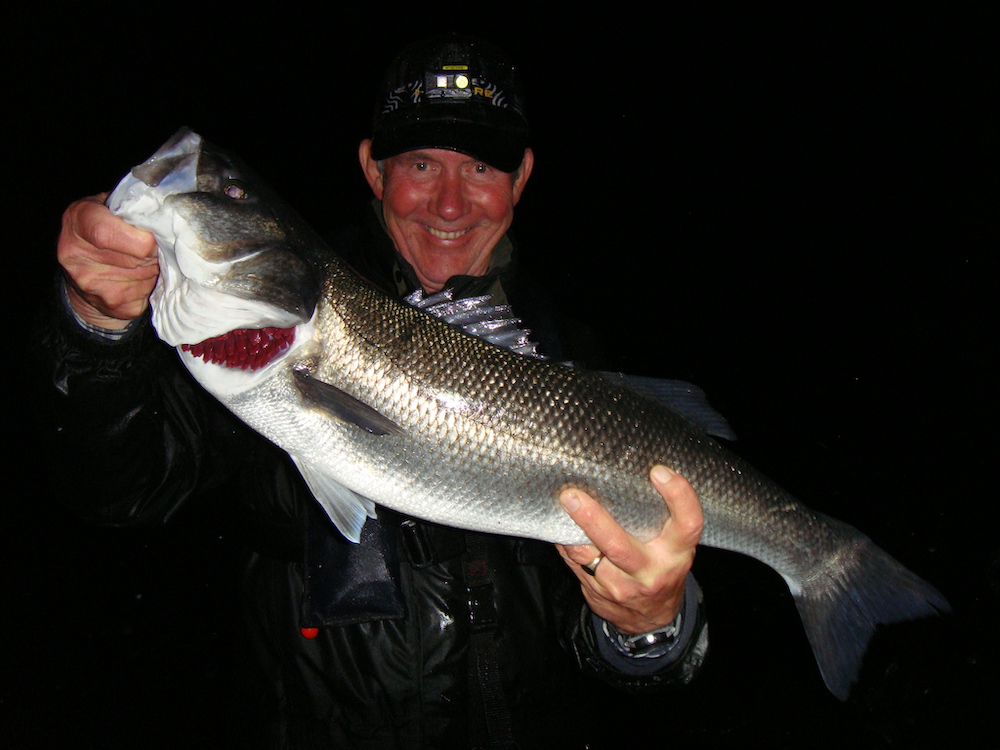 We’re at that special time of year for bass anglers. We’re full of anticipation for the season ahead, our heads filled with plans to try this and that – a new style of fishing, a new lure or bait, new marks, or improving our personal best. You might be contemplating getting a new rod or reel, some new boots or clothing, and almost certainly some new lures.

Even though I know the bass fishing was less than spectacular last year, that sense of optimism I always feel at this time of year doesn’t desert me. Maybe things will be better this year; maybe I wasn’t fishing in the right places, or at the right times before? But perhaps my optimism is misplaced – only time will tell, but I’ll have a lot of enjoyment (or frustration!) finding out.

So here we go on the annual bass merry-go-round again. I think it’s important to have a rough idea of your aims for the year; not too prescriptive – remember you want to actually enjoy this! In my case this year will be about more time in estuaries, more time in the boat, and catching that double.

Of course, this year should hopefully see things improving with the Covid situation, allowing a return to (new?) normality eventually – fishing with friends without having to worry about infecting them (or being infected), not worrying about touching that gatepost, being able to travel as far as you like.

Vaccination is central to the Government’s roadmap out of the Covid situation. I had my first shot of the Oxford AstraZeneca vaccine on February 19th, and have the second one booked for May 7th. There was some initial delay, waiting for a call from the GP, but once I found out that they weren’t doing our cohort (5) it was plain sailing. The people at the local Pharmacy where Angela and I had the jab were very pleasant, and the whole system was very efficient. It was good to get vaccinated, but more than this, I was so proud of our marvellous scientists, healthcare staff, armed forces and volunteers.

From March 29th, people will no longer be legally required to stay at home, although travel should still be minimised wherever possible, and people should not be staying away from home overnight at this stage. I’m interpreting this to mean that I can make short journeys to the coast, with perhaps the odd longer one thrown in as well.

Very fortuitously, this is the very time when I normally look to start bassing again. The fishing isn’t pretty at this time, often involving long, fruitless hours on cold nights, hoping to intercept a big fish returning to its summer feeding grounds. Some very large bass have been caught at this time, so it’s worth sticking it out if you can.

The dangers of fishing

Fishing can be a hazardous business. Every year we hear of the tragic loss of an angler. Watch this moving video about Tyler Westlake’s sad demise.  Please make a donation to the RNLI to help continue their vital work.

One of the reasons, perhaps the main one, for last year’s poor fishing has to be the amount of gill netting going on. Early January saw the aggregating and pre-spawning bass being hammered once again. I often wonder why it’s only bass anglers that seem to care about bass conservation, and what we can do to get the public involved in stopping things like gill netting.

Enter Whale and Dolphin Conservation, with their  campaign to reduce the cruel deaths of dolphins and other cetaceans from gill nets. Please take a minute to check this out and let the Government know what you think about gill nets.

I’m not hearing of much being caught locally at the moment. Mind you, I doubt there are many anglers actually fishing for bass. I suspect this is down to a combination of poor catches at this time in previous years, and less comfortable weather to fish in. It will be interesting to see if the situation changes as more anglers fish through the winter, which I suspect is already starting to happen.

One thing of relevance here is the number of pilchards around. Large numbers were seen on the North Coast at the end of January, and on the South Coast during February. So there’s plenty of food for the bass which haven’t gone off to spawn.

Distribution and growth of bass

I obtained this useful map showing the distribution of bass from the NWIFCA website (with thanks).

It’s interesting to note how far north (Norway) and south (Morocco) they can be found.

The late Don Kelley tells us in his book Life with Bass that bass grow faster on the Biscay coast (about 50% faster by weight). He also notes that in the overall range (of bass distribution), the fastest growth occurs in the Mediterranean, and that a bass of 7 years old caught at Sete in southern France weighed 7lb – in the UK this fish would weigh about 2lb!

Otters on the coast

Otters seem to be having something of a resurgence. I always pictured them in freshwater streams, but an interesting article from Roseland Online notes that they can move between rivers, estuaries and the sea, and their diets include marine fish such as bennies and gobies, and crabs.

An evening with Cornwall IFCA

Many thanks to the Angling Trust for hosting a recent online event with Sam Davis from Cornwall Inshore Fisheries and Conservation Authority. Sam noted that communication with anglers could be improved, and this meeting was a useful step in the right direction.

Sam told us about the fisheries management and research work which CIFCA undertakes, and about the limitations they have to operate within.  It must be difficult trying to manage fisheries with such limited resources, trying to meet the sometimes competing needs of different stakeholders.

Yet I cannot help feeling frustrated by the glacial pace at which change seems to happen under CIFCA’s leadership with respect to bass. And Sam’s attempts to manage expectations worked well; nothing I heard from her gave me any confidence that bass would gain any meaningful protection from coastal netting anytime soon. It was so heartening to see the Estuarine nets bylaw introduced in 2018, but since then things have stalled.

I also came away feeling that anglers as a stakeholder group are not given sufficient weight. Yes, we understand that commercial fishermen have to make a living from the sea, but so do lots of angling businesses. In 2019 there were around 12,000 fishers working on UK registered commercial fishing vessels, landing fish with a value of £987 million. In comparison, on average 823,00 UK residents (aged 16 and over) went sea angling in the years 2015-2017  with a total economic impact of £1.94 billion and supporting 16,300 jobs in 2017.

And why is it assumed that angling is less important than commercial fishing – how would people feel if they were picking blackberries and someone pushed them out of the way because they wanted to collect them for money?

That’s all for this month folks.

Tightlines, and good luck for the season ahead.