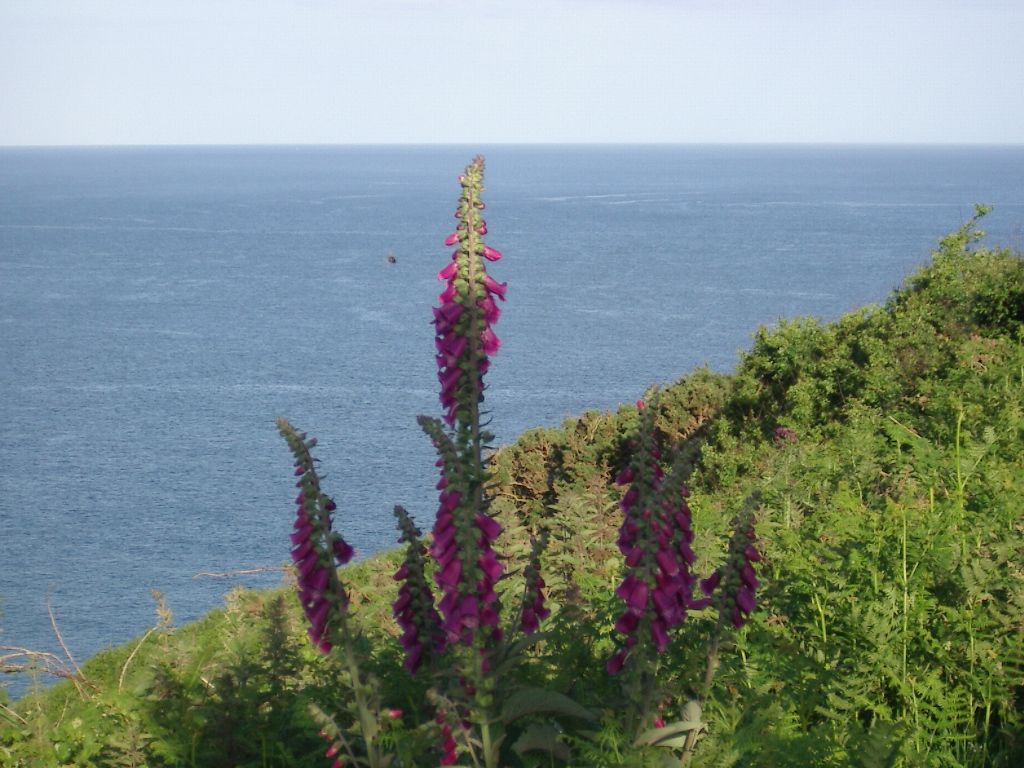 When the foxgloves come out it’s time to go bass fishing – as somebody told me years ago.  There’s no obvious link between the two, yet the saying is usually pretty reliable. There’s no sign of foxgloves in my area yet, so perhaps the explains the lack of fish at the moment! Maybe they’re both feeling the effects of the cool spring.

I’m not saying you won’t catch bass before this, but if you want to focus your efforts, this is a good time to think about starting. If you want to be more specific “The second set of springs in May” is another good time to aim for.

After an encouraging March, April was very disappointing in terms of bass catches. Just one schoolie was the sum total of my catches from nine (mostly chilly!) sessions (mainly bait). I don’t think I was alone though, with those anglers in Cornwall who actually went fishing reporting the same. Other areas (Dorset, Wales, Sussex) seem to have  been more productive though.

With so few anglers fishing at this time of year, it’s difficult to draw too many conclusions, but a pattern seems to be emerging, and I would be interested in the views of others. Looking back, these catches in March are quite regular and consistent, and are probably due to a reverse migration, where fish are making their way back to their summer feeding grounds. The angler who is prepared to brave the chilly weather at this time could well hook into the fish of a lifetime.

By April, most of the fish seem to have moved past Cornwall’s shores, bringing early results to anglers further up the line. I say most, because there is still a chance of connecting with a hefty specimen down here; the odds are against you, but you could just hit the jackpot.

But it’s not until May that most of the resident bass return to Cornwall, and fishing should become more consistent. By resident, I mean those fish who habitually return every year, and spend the summer and autumn feeding in the same localised areas, exhibiting so-called ‘site fidelity’.

One of the highlights of the early part of the year for me is using the quiet time to discover new marks. In recent years however, I’ve run out of steam a bit on this. I think this is partly because there aren’t many places in my part of Cornwall I haven’t already checked out, and partly down to a desire to consolidate what I already know, and turn this into actual results.

Bit when an old and trusted fishing partner suggests looking at somewhere, it spurs you on to make the effort.  Steve Ainsworth and I like fishing the same sort of weedy rocky ground, with lots of ledges and gullies, so I knew it would be worth the effort. Without giving anything away, the ‘bassometer’ was going off the scale as we checked out the mark, with visions of great fishing nights of the past being repeated. This mark had everything – boulders for lure fishing over, gullies and flatter ground for legering. And it was so enjoyable just to be on our beautiful, inspiring Cornish coast again, now that the Covid restrictions are easing.

One area of my fishing where I  still have much exploring to do is estuary bassing. Now convinced that larger bass do live in estuaries for much of the year, working out where to fish for them is high up my list of priorities. But it’s like starting all over again, so I’m anticipating my catch rate suffering a bit. Only time will tell if this is a price worth paying,  but  I’m looking forward to finding out.

The relationship between bass fishing and water temperature is a complex one. Localised warm, or cool spots may cause a temporary increase, or decrease in bass activity, depending on how long they spend there, due to the fish being poikilothermic (their body temperature varies with their surroundings).

A temperature of 10C is thought to be the trigger for bass to begin feeding. Yet they will still feed in water temperatures of 7.5C, although probably less often since it takes longer to digest their food at this temperature.

When thinking about when bass fishing will really take off, I have always set more store by the time of year than water temperature (allowing for year-to-year variations), since this determines whereabouts the fish are in their annual cycle of movements – as the old saying goes, if the fish aren’t there you can’t catch them.

But once they are there, the water temperature may make them more, or less active, and make their food take longer, or shorter, to digest so that feeding will take place less or more often. Rising water temperatures may also make their inshore food more active – whether this makes them more attractive to bass is uncertain, but it will make them grow faster, providing a bigger meal for a hungry bass.

We have just begun our 2021 juvenile bass surveys in Cornwall. In May and June, we’re looking for juveniles from last year, or earlier. This helps to support our assessment of the previous year’s spawning. However, since our surveys were severely curtailed by Covid last year, we weren’t able to draw any conclusions about the strength of the 2020 class, and the work we are doing now will be our main opportunity to assess this.

Our latest survey results were encouraging, which is a good sign for the strength of the 2020 class.

With regard to this year’s bass spawning, I’m a little concerned about how well the larvae and fry will have grown, given the cooler temperatures we’ve had recently, and how many will reach our coast and estuaries this summer, given the run of easterlies we had a few weeks ago. We’re keeping our fingers crossed, but we won’t know until we start looking for the ‘0’ groups in August.

All the best, and tightlines.