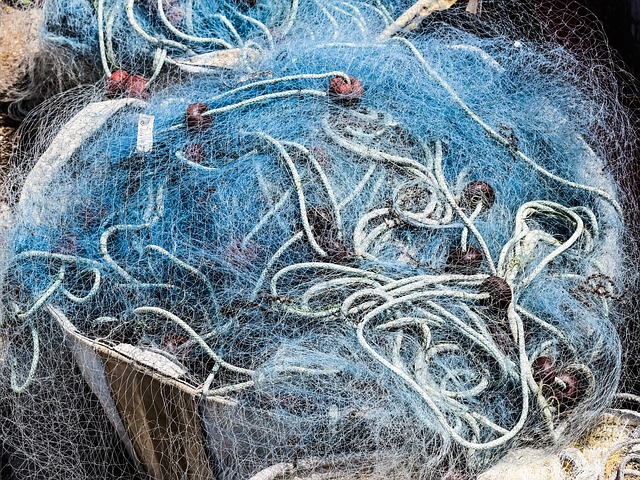 After a stop-start summer I was really looking forward to a lengthy spell of good bass fishing through the autumn and into winter. Well, basically it just didn’t happen. I managed quite a few trips right up until the end of the year, in between the storms, but the fish were hard to find – in fact the last bass I caught was on December 2nd.

So what happened to all the bass? You don’t have to look far to see what is the most likely cause. The amount of illegal netting for bass going on down here in Cornwall (which will have implications for stocks in other areas too) has been exposed by Save Our Sea Bass. Commercial overfishing has had an impact on stocks, and therefore on anglers’ catches, over the years; this may well have reached a tipping point in Cornwall, given what I, and other local anglers, have seen in 2020.

This is where reality sets in – where we separate fact from impression! Going through my 2020 diary, I see that 62% of my 128 trips were blanks, and I managed just 118 bass from the remainder. The best of these was a modest 61cm, accompanied by just a handful of fish in the mid-late 50’s. It didn’t help that I lost the best fish of the year, a real bruiser which took a peeler crab, at my feet in October! August was my best month, accounting for 34 fish, including most of the ‘larger’ fish. Perhaps the only highpoint of the year was improving my estuary fishing.

The increased number of fish caught in 2020 (even this was modest) was consistent with slightly more trips than in 2019, but there was a big difference in the number of ‘quality’ fish caught. Whereas I only managed one fish over 60cm in 2020, in 2019  I caught 11, including 2 at 71cm (excluding my Guernsey fishing).

Some of this may have been down to a reluctance to fish further afield at times due to Covid, and a fair amount of experimenting with estuary marks, but these results are nonetheless pretty concerning.

Going by the number of 60cm+ fish that  were around in 2019, I was expecting to see decent numbers of 65+cm fish last year, the fish having put on an extra year’s growth. I was also hoping there might be a realistic chance of a double, given that the 70cm fish which seemed to be cropping up regularly in catch reports later in the year would have grown to mid 70’s+

But Simon Toms, Cornish Federation of Sea Anglers fish recorder, notes that only 7 bass over 7lb were recorded from the shore, with the biggest just over 8lb. This despite a lot of anglers fishing for bass in good conditions (before the weather deteriorated in the autumn), who also noted the lack of larger bass. On the bright side, Simon notes that there were good numbers of 3 and 4lbers around.

It’s important to take a balanced view in these situations, and consider what else might be contributing to the picture. Are natural causes also playing a part?

The hoped-for boost in catches from migrating fish in late Oct, and again in mid Dec, didn’t materialise. There were reports of large shoals of bass further east in early December, and commercials seemed to be getting lots of bass in nets in Cornwall around this time, but this didn’t translate into improved catches for anglers. These bass were often stuffed with pilchards.

Bass will follow pilchards, and if you can intercept these baitfish, you could have a bass bonanza. Mostly though, the pilchards and the bass will be out of the shore angler’s reach, except perhaps when there’s a good onshore blow to push the pilchards in. Even boat anglers will struggle, trying to compete with all that natural bait, and with bass completely full, and not able to feed again until they have digested their last meal.

Simon Toms comments on a serious lack of mackerel close inshore from July to November last year, and thinks there is a link between this and the fewer big bass we saw. The regular occurrence of tuna close inshore may have had a bearing on both the presence of mackerel, and of  bass – either indirectly, by pushing their food source further out, or directly by the need to avoid these large predators.

A measure of success

With my diary review in mind, it’s interesting to think about what constitutes successful bass fishing to each of us. I don’t get too hung up on numbers of fish (unless of course we’re talking big ones!), but rather I think in terms of the number of successful sessions I’ve had in any given season. These might include sessions where I’ve caught half a dozen 2-3lbers, or at least one fish over 4lb. Some will think this is a pretty meagre measure of success, and my sights have lowered over the years as the quality of bass fishing has declined. Even by this yardstick my bass fishing in 2020 was poor, with only 9 successful trips. Red-letter days, with the landing of an 8lb+ fish, are becoming as rare as rocking horse poo!

But success isn’t just about results. If I happen to hit the mother lode, catching numbers of fish, in quick succession, rather than cash in, I use the opportunity to prove a new lure or bait. This usually results in fewer fish caught than if I had stuck with whatever I was using. But it can also lead to gaining confidence (or not) in new things, thereby potentially enhancing your overall fishing success and pleasure, and avoiding wasted time on things that don’t work for you.

Other measures of success include discovering new marks and new methods, or just simply enjoying time spent fishing in beautiful places and inspiring conditions, time which burns itself into your memory. Trying new marks can also result in fruitless sessions and lower catch figures, but this is a price I’m prepared to pay – up to a point.

Talking of measures of success, why not pick up one of the new BASS competition tapes?

Another year, another lure

I don’t think I could be described as a ‘tackle tart’,  but I do have a penchant for lures. It’s not like I’m addicted or anything (well maybe slightly, to one or two), but I love the search for the perfect lure that casts well, can be fished through anything or in any situation, is reasonably priced and catches huge bass every cast just using a straight retrieve. OK, there’s no such lure (if there is please let me know!), so I’m continually looking at different types of lures for bass fishing, hoping to discover (or rediscover) ones which will improve my results, and are best suited to the varied and changing way I fish.

I almost feel guilty, and a little fickle, in saying that my ‘go to’ soft plastic, the good old DoLive faced stiff competition from the Swimsenko in 2020. I started using this again, after reading a post on Mike Ladle’s blog; a fish on the very first cast and I was hooked, never mind the fish! I noticed that the paddle tail on this lure seemed to gee the fish up on the very small tides, when the DoLive seemed to struggle, so it’s now first choice at such times.

I’m generally late coming to the party in relation to lures. The SF125 is a case in point. I took pity on the one which had been languishing in the fishing drawer since my Ireland days. I  was repaid with almost instant success when I took it for a swim back in the summer, and it’s become a regular when fishing in roughish conditions in daylight – single barbless hooks and all. Likewise the classic Chug Bug, now adorned with two big singles, has finally proved its worth for me.

On a more contemporary note, 2020 saw me catching my first fish on the Autowalker 115S, the Dark Sleeper and, with thanks to angling buddy Stuart Martinez,  Mishna eels. Who knows what I’ll discover in 2021; I have a feeling that needlefish lures might make an appearance.

I can’t close without a word about my good friend Derek Goodwin. As readers of my book will know, Derek is something of a legend, an inspiration to us all, for his hard work and dedication to conducting juvenile bass surveys over many years in Cornish estuaries. I was delighted to learn that he had been awarded the MBE for this work. I have been pleased to help Derek since 2013, and I can say that this award is richly deserved. I know that Derek is absolutely delighted, and so pleased that this important work has been recognised in this way.

Roll on next season

Well, that’s me done fishing for now – time to hunker down for the rest of the winter I think. Let’s hope this year’s fishing is better than last!

I hope you and your family stay safe, and that things get back to something approaching normality just as soon as possible.