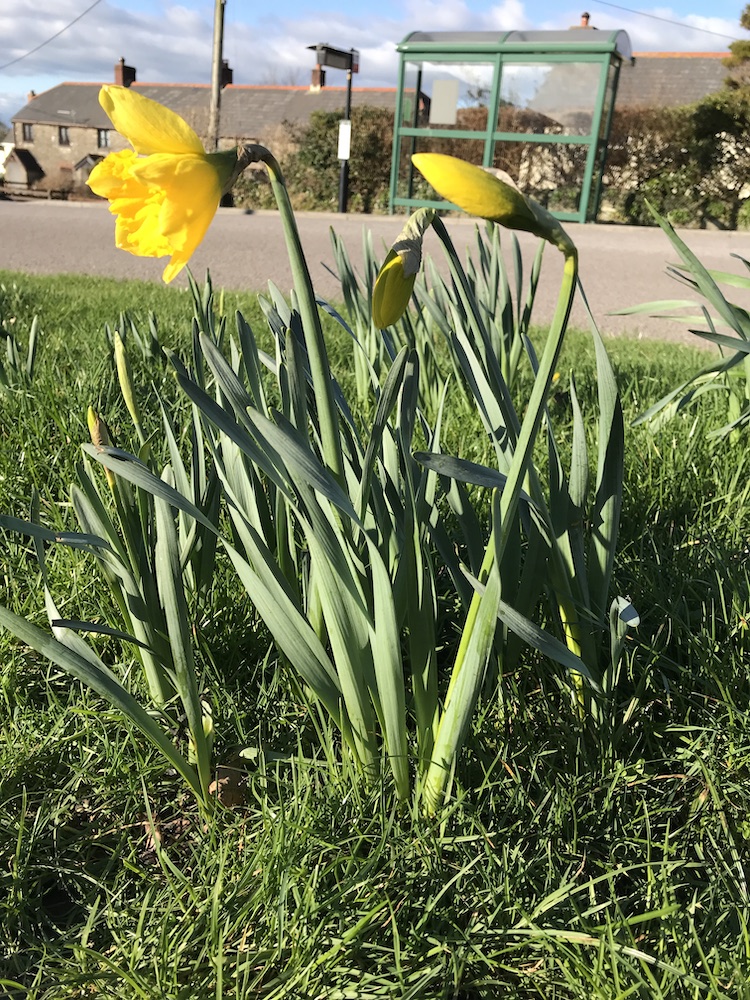 Here we are in mid-February. We’re in the midst of another lockdown, the weather is misbehaving, and for most of us bass fishing is a little way off yet.  But let’s look on the bright side – things are improving on the Covid front, the days are getting longer and spring is just around the corner (March 1st to be precise, or 20th if you go by the astronomical seasons).

At least we can get out for our daily ‘exercise’. It seems really odd though – not being accompanied by my best friend Toby. This is the first winter since he passed away, and I miss him so. I’m getting out every day though – rain, shine or brass monkeys. I’m staying local, walking from home, and I’m fortunate to have a good variety of routes to take, many bringing back memories of the old boy.

At this time of year I’d normally be out exploring new marks, or just enjoying favourite walks on our wonderful coast, making a day of it in the sunshine. But of course that’s out of the question at the moment.  I do miss the coast, but this is a small price to pay in the grand scheme of things, and hopefully it won’t be long before we can travel further afield again.

I’m not fishing myself at the moment; not that I could if I wanted to, with the huge seas we’ve had recently. I do very little fishing in February as a rule – perhaps just the occasional trip if the weather is kind, just to test the water, so to speak. I’ve been keeping myself busy though, spending my time preparing a talk, and writing stuff for BASS.

I am hearing of occasional anglers getting out recently though. Danny Richards has been getting some bass. One session earlier this month he and a mate caught 28 between them, mostly smallish, on bait. That he was catching so many bass at this time of year is interesting, particularly when some of the 2lbers were running with roe. This suggests to me that either these fish were very late to migrate, or that there might be an inshore spawning area nearby.

Bass are thought to spawn mainly in the western end of the English Channel, and off North Cornwall, but there may well be other areas, and these may be changing with global warming, since water temperature is important for spawning success.

Beast from the East?

The very low temperatures and strong E/SE winds blowing from Scandinavia we’ve had recently are reminiscent of the ‘Beast from the East’ of 2018. Fortunately this one doesn’t seem quite as ‘beastly’ as the last – at least in terms of duration. This is just as well, since the tiny basslets from last year’s spawning don’t do well in prolonged (more than about 3 weeks) very cold spells. I’ve been watching the forecast with more than little trepidation recently. This is also a crucial time for bass spawning, so let’s hope we don’t see too many more easterly blows like we’ve had of late.

The seemingly featureless nature of beaches can  make them hard places to fish consistently. But although these features, or structures, may not be as obvious as those on rocky shorelines, they are there.

I’m indebted to a Facebook commenter for bringing Rich Troxler to my attention. For those who have not seen this previously, his video “Reading The Beach – Sandbars, Troughs, Dips – Let The Water Tell You Where to fish” really gives a great insight into how to improve your catches from beach fishing.

I must draw your attention to a superb article from Malcolm Gilbert entitled The Bass Minimum Landing Size Debacle. You can access this via the BASS blog.

Malcolm makes some very powerful points about the painfully slow progress in bringing about the current MCRS of 42cm, and the folly of years of heel dragging by the commercials.

Two points struck me in particular: (i) we still need to increase the MCRS further (to at least 48cm) to give most female bass a chance to spawn at least once before being harvested, and (ii) why has it been left to anglers to fight for the MCRS to be increased – where are the Conservation bodies in this?

The more widely Malcolm’s document is seen, the more likely it is that support for a further increase in the MCRS is gained, so please share with others; I have made a start by sending a copy to my MP.

I recently gave a talk (on Zoom) on bass fishing to a local U3A (University of the third Age) group. Commenting at the end of the talk, the Chairman, Dr Roy Fisher, spoke about Ikigai, the Japanese concept of finding purpose in life, and its association with longevity. It’s what gets you up in the morning, and keeps you going. Having a hobby that you’re really into is good for ikigai, and the Chairman thought my talk demonstrated that I had plenty of it!

Fishing is something that appeals to all ages, and because it can be practiced in many different settings, it’s possible to carry on doing it into later life; I’m certainly planning on going fishing for a good few years yet!

That’s all for this month folks; thanks for reading. Keep safe, and let’s hope things improve in time for the early bass run. In the meantime, why not pick up a copy of my book to while away an hour or three; you can see an electronic preview of this here.

6 Replies to “Spring, and bass fishing, is just around the corner”