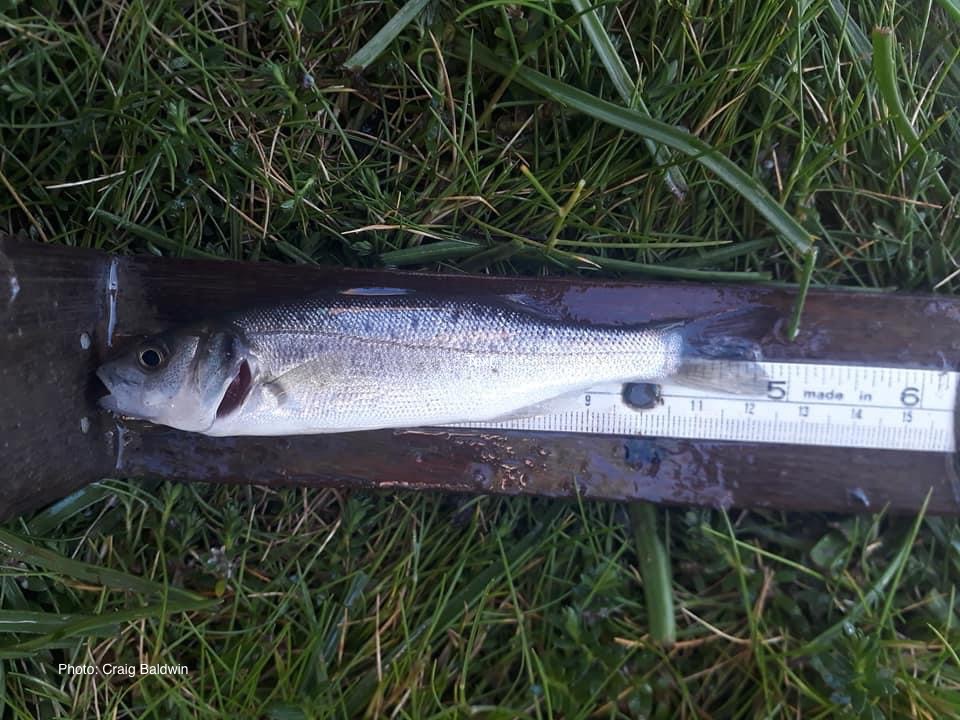 Marine biology has always held a fascination for me. In my working life I chose a different scientific route, in NHS Pathology, but I never lost my love of marine biology.

The sea got into my blood at an early age, while living in Malta, but it was a vacation course at Bangor University which really cemented my love of the scientific study of marine life. We studied the rich diversity of seaweeds and the myriad of tiny planktonic creatures which abound in the Menai Strait.

This was as a schoolboy from Oxford, and long before my obsession with bass began. Had I been as interested in the species as I am now, I would have taken full advantage of the opportunity to learn as much as possible about Dicentrarchus labrax.

My love of bass fishing has both indulged, and furthered my love of marine biology. In thinking about catching these wonderful fish, you cannot help learning about their habits and feeding, and what makes it possible to catch them.

But with me it goes further than that – to where they spend the different phases of their lives, and how they reproduce and migrate; in short their life cycle. This article by the BASS science group summarises our current knowledge in this area, but with the amount of research which is going on in  this field, it will hopefully soon need updating.

One aspect of the bass lifecycle which holds particular  fascination for me is the success, or otherwise, of each year’s spawning. This is crucial to the survival of bass as a species, and being able to assess the strength of each year class, and it’s growth, gives important research and fishery management data. I have been fortunate in being able to participate in the juvenile bass surveys run by Derek Goodwin in Cornwall.

Last year’s survey programme was severely curtailed by the Coronavirus pandemic. It’s been good therefore, to be able to resume the programme this year, and carry out a reasonable number and range of surveys. We’ve reached the mid-point of our programme for 2021, so now is a good time to take stock.

In May and June, we are primarily looking for one year old bass from last year’s spawning, the so-called ‘1’ groups.  Results should (hopefully) confirm our estimates of year class strength for the previous year, and check that fish numbers have not been unduly affected by prolonged (more than three weeks)  spells of very cold weather over the winter; these can kill young bass off if they have not made sufficient growth (to 6cm) before the winter starts.

Due to very limited sampling last year,  we just weren’t able to get a fix on how good the spawning, and settlement – the movement of larvae and fry from spawning grounds to inshore areas – had been for 2020, at least as far as the south coast of mid-Cornwall is concerned.

So it was encouraging to find ‘1’ groups on all our surveys (apart from one site in the Fal which was being trialled). And as the summer has progressed, the results have improved. The numbers we’ve seen have increased to around 200 per survey in both the Fal and Helford. These are not the big numbers (~2,000) we see after a really good spawning year, but are nonetheless encouraging enough to say that the 2020 class looks like being a reasonable one; perhaps one silver lining from the awful Covid cloud? I should add that all the fish we catch are carefully returned.

Another silver lining was Derek Goodwin’s John Leballeur Conservation award from BASS, in recognition of his many years of juvenile bass sampling in Cornish estuaries. Having recently undertaken the running of the surveys on Derek’s behalf, I can vouch for how richly deserved this award is. I was very pleased to be able to present the award to Derek on behalf of the BASS Committee during one of our recent surveys. Derek’s latest award comes soon after he was awarded the MBE for services to the study of fish populations in Cornwall.

The survey programme is. suspended during July, since the incoming fry don’t withstand the rigours of netting well due to their small size (~3cm). Work will continue, exploring potential new sites, but we won’t resume netting until August.

The second phase of the programme, during August and September, aims predominantly to assess the number of this year’s bass, the so-called ‘0’ groups. It’s difficult to predict what we might find, but the cold spring we had, with a run of easterlies in April, can’t have helped.

A big thank you to our brilliant volunteers, without whom this important work would not be possible. If you would like to help, particularly if you can spare time during the week, please let me know.

In my last blog, I said that if things hadn’t taken off by the time I write my next one I’d be getting worried. Well from where I’m standing they haven’t, and I am! Despite having an almost unshakable optimism that ‘they’ll be in soon’, doubts are beginning to creep in. These doubts are fuelled by the untold damage done to stocks by gill nets, and the new threat of ‘Fly-shooters’ which the authorities are seemingly unable, or unwilling, to do anything about it.

Yes, there are reports of good catches occurring, especially further east and north, but down here in Cornwall these seem to be few and far between, both on the coast and in the estuaries – even in boats.  A recent all-day boat trip with Steve Ainsworth yielded only 3 bass to 4lb – mind you, he did catch a nice pollack of around 11lbs (although I think he would have preferred it to have been a bass!).

Some encouraging reports of fish to 7lb are beginning to come through, but it hasn’t happened for me yet.

One of these reports involved local angler Bryan Robinson, who caught a nice fish of 6lb 4oz this week:

Imagine Bryan’s surprise when he found this in the fish’s guts:

Bryan thinks it might be a young turnstone, or something like that; at 10-12 inches long you wonder how the fish managed to swallow it!

One possible scenario, says Brian, is that the young bird had fallen out of its nest and been ‘mullered’ by the hungry bass; obviously the fish still felt hungry enough to snaffle Bryan’s peeler crab bait, even though the bird was only partially digested.

Readers of my book A Bass Angler’s Life  will know how much dogs are a part of my life. We lost Toby   back in October and had decided not to have another dog. Well, once a dog person, always a dog person; we weakened and nine months later we collected our latest addition to the family, young Archie.

It goes without saying that no dog will ever replace Toby, but it looks like Archie is going to make his own mark on our lives. He’s not quite ready to go fishing yet, but as soon as he’s a bit bigger, and learned not to ‘retrieve’ every lure I cast, or charge about frightening the fish (if there are any left!), he’ll be by my side at the water’s edge – day or night.

It was with great sadness that I heard the news of the sudden death of my friend Peter Macconnell. I never actually fished with Peter, but we had many conversations on the phone about fishing, family, dogs and BASS. I will always remember our epic journey to the BASS AGM in Gloucester in 2018 – the year of the ‘beast from the east’, coming back along the A30 in the snow and almost getting stuck for the night!

I was honoured when Peter agreed to write the forward to my book, and this will serve as a permanent reminder of him. This tribute from BASS is very fitting.

That’s it for this month folks. Thanks for reading and Tightlines.